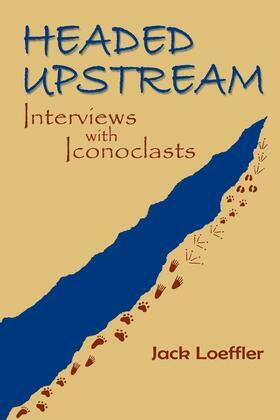 In 1984, Jack Loeffler produced a radio series entitled "Southwest Sound Collage." His primary listener was his great friend author Edward Abbey who said, "Loeffler, this radio series should be a book." Thus, "Headed Upstream" first appeared in 1989 shortly after Abbey's death. The challenging interviews that appear herein (Edward Abbey, Andrew Weil, John Nichols, Stewart Udall, and Gary Snyder, to name a few) reflect many points of view from anarchist to Marxist, from environmental to philosophical, from Beat to historical. Each is highly individual and all reflect deep consideration for the myriad factors that have shaped our milieu. In 2009, Loeffler's close friend Gary Snyder said, "This book should be re-published. It's important." Indeed, it is an important presentation of human consciousness at its best.