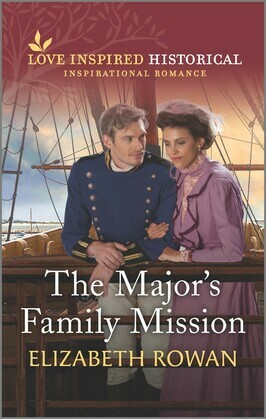 by Elizabeth Rowan (Author)
Excerpt
Fiction Romance Historical Christian Historical
warning_amber
One or more licenses for this book have been acquired by your organisation details
EPUB
26 loans, One at a time
Details

They were forced to marry.

But will they choose to love?

Moving to the wilds of California is just the fresh start Major Benjamin Sheffield hoped for—but first the widower needs a mother for his two little girls. So when feisty New York socialite Moira Blackthorne’s reckless nature puts her reputation at risk, Ben’s sure a marriage of convenience can solve both their problems. Setting sail for a new home as the wife of a stranger isn’t quite the life Moira pictured. But the more she gets to know the dignified major and his adorable daughters, the harder she falls…and begins to wish for more than a marriage in name only.