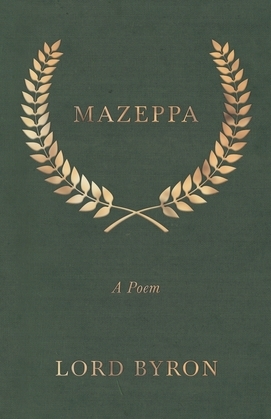 “Mazeppa” is a 1819 narrative poem composed by the seminal English romantic poet Lord Byron. Based on a popular legend concerning the early life of Ivan Mazepa (1639–1709), it describes how the young Mazeppa had a love affair with a Polish Countess named Theresa during his time spent as a page in the Court of King John II Casimir Vasa. The Countess Theresa was, however, married and, upon discovering the affair, her husband punishes Mazeppa by stripping him and tying him to a wild horse. George Gordon Byron (1788 – 1824), commonly known as Lord Byron, was a British poet, politician, peer, and important figure of the Romantic movement. He is hailed as one of the most influential British poets and is continued to be widely read and influential. His most famous works include the poems “Don Juan” and “Childe Harold's Pilgrimage”. Many vintage books such as this are increasingly scarce and expensive. It is with this in mind that we are republishing this volume now in an affordable, modern, high-quality edition complete with a specially-commissioned new biography of the author.