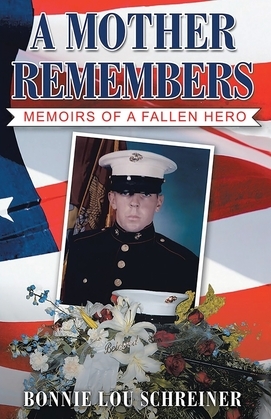 As Stephen Wilson grew up the middle of three boys, he transformed into an all-around athlete and sports enthusiast who loved collecting baseball and hockey cards, rooting for the Minnesota twins, and playing soccer. As he prepared to graduate from high school, his mother Bonnie thought he might attend college on a soccer scholarship. But Stephen had other plans. He wanted to enlist in the Marines.

In a touching memoir, Bonnie Schreiner shares the story of her son's journey through life as he matured from a boy into a courageous Marine dedicated to serving his country. Bonnie details how his deployments led him to Okinawa, Japan, Helsinki, Finland, and Abidjan, Ivory Coast, where he married his girlfriend, Linda, in December 2001. As his tours of duty took Stephen to Iraq three times, Bonnie reveals how she fervently prayed for God to keep him in the palm of His hand. But when she received the dreaded knock on her door from two Marines during his third tour of duty, Bonnie shares a glimpse into a mother's worst nightmare as she realized her prayers had not been answered as well as her subsequent journey to find healing and hope amid her pain.

A Mother Remember is a tribute to a young Marine who at age twenty eight, made the ultimate sacrifice by giving his life for his country.