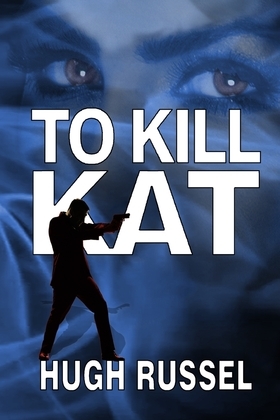 Trapped in Ukraine as Anita Franco, Kat is 'dead', for the second time. During a midnight walk she spots a red light on the horizon, a warning that her life is in danger once more.

It is the first strike of a terrorist campaign against Americans in Europe and already innocent people are marked for death. One man is behind this, saying that the Americans in Europe are part of an Army of Occupation. His plan is as selfish as it is simple, but he has made a serious mistake. He should have left Kat alone.

While she is on the run, people are being killed. She arrives safely in Spain and calls Paul Devlyn for help to get her name and life back, but he has conditions.

Kat re-ups with M-CI and partners with Paul to stop the killing. As they search for clues, Kat feels sure that something has happened to her since she and Paul got together in Madrid.

A clue takes them to Marseilles. They wound and capture terrorist and must recruit a doctor to keep him alive. He tells them the man they are looking for is in Zurich, his name is Helmut Kroner. Suddenly the doctor rushes in, kills their witness and one of their team.

While Devlyn puts together a new team to take Kroner prisoner, Kat sees a doctor in Paris and confirms that she is pregnant with Devlyn's child. She decides not to tell him. On her way to rejoin Paul, Kat is waylaid by an associate of Kroner's and Kat kills him then goes to the safehouse.

Devlyn urges Kat to move on Kroner alone. She takes him alive and forces him to give up the man who employs him. His boss is Arnulf Jäger, the man who would be emperor of Europe. Jäger lives in a fortress built on an old monastery foundation on a mountain above Peredicci Italy.

While Devlyn leaves to take Kroner back to the States, Kat goes off the reservation forming a small team and a plan to finish the job.

Jäger knows she will come for him. When they arrive, the plan goes wrong, she is captured, two of her team are killed, the other two are locked in a dungeon. As he is questioning Kat, Jäger reveals that both Kroner and Devlyn are dead. Now, he wants her to kill Vladimir Mogilevski. If she returns with proof, he promises to let her and her team go. Of course, he is lying, so while she is in New York she contacts M-CI. With the permission of the Italian government, they devise a plan to take Jäger out once and for all.

She fakes Vlad's death, then goes back to deliver the proof with a targeting device for a drone strike around her neck. Though there is a plan to save her, she is certain that she won't survive. Two men from Special Forces find a way into the mountain using a tunnel built by monks and they pull Kat and her two team members out just as the huge bomb is dropped on the Fortress.

Unbelievably, Jäger also escapes and disappears. The terrorist campaign ends and Kat returns to Canada to prepare a home for her baby.

A year later, Jager's henchman plants a bomb under Kat's house, it is set to go off when Jäger calls to gloat, so he can listen to her die as the blast destroys her home. But once again she escapes with her daughter Sara. As soon as Sara is secure in her safehouse in Toronto Kat goes after Jäger. She finds him in the jungle of Guyana, fights through his defenses, and finally puts an end to the viper. On her return home to Sara, Kat has a chance meeting with Deacon Loats, the man she fell in love with years before, and as she and Sara find the normal life she has longed for, they become reacquainted. But will it last?