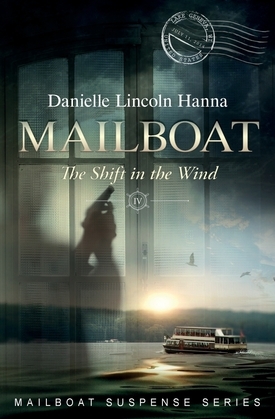 A girl left adrift. A widow hunting for truth. A change in the air...

The story continues from Mailboat I, II, and III

Bailey's world has been rocked by a tidal wave. Mailboat Captain Tommy is her grandfather. There's just one problem: In her experience, family has always left her marooned. Her own father, Tommy's son, died in front of her without telling her who he was. The riptide of emotions threatens to tow her under before Tommy or anyone else can throw her a life ring.

The truth of Bailey's past isn't the only thing the wind has blown ashore. Blindsided by her husband's murder and the truth of his past as a high-end bank burglar, Angelica Read has arrived in the Wisconsin tourist town in search of answers. She won't lift anchor until she knows who killed him-not to mention who the man she married really was.

Detective Monica Steele is swamped after a bombing that devastated her town. And secretly, she's weathering a storm of her own. An anonymous phone call reveals that her closest secret-and biggest regret-isn't safe: The man behind the murders knows about her abortion. With his eye focused on her, she has to crack the case without her ex, Officer Ryan Brandt, learning the truth. Their shipwrecked relationship is struggling to rise from the depths, and this wasn't how Monica wanted Ryan to find out he was going to be a dad.

There's blood in the water, and this time, the victims are the predators. Will The Man Upstairs at last be revealed? Or will he slip past every net and hook they've set for him?

The Shift in the Wind is the fourth book in the can't-quit-reading Mailboat Suspense Series. If you need to know what happens next with Bailey and the crew, then haul aboard Danielle Lincoln Hanna's thrilling new novel!

Buy The Shift in the Wind to reel in the suspense today!

This series is written to be read in order. Don't forget to pick up the previous titles in the Mailboat Suspense Series!

Mailboat I: The End of the Pier