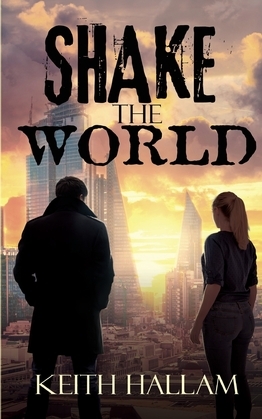 Alan Whittaker was not amused to be second from Britain's new National Security Force to assist MI5 in Birmingham. He was surprised to team up with Kirsty Lambert, a very attractive Senior Surveillance Officer. After losing her partner in Afghanistan the last thing she wanted was another man entering her life.

They found themselves pitted against Akbar Muhammad, a clever and ruthless man who was said to be the most capable leader of the Islamic State. Akbar was so efficient that his attacks worldwide, were said to have 'The Akbar Touch'.

Alan and Kirsty were drawn into opposing his cunning attacks in Birmingham, but they were ruse to draw attention away from the area of his main target. He planned to mount a massive attack at an international event in London.

An attack so massive and with such brilliant technical expertise, that he would Shake The World.

With assistance from locals, but scornful indifference from 'superior officialdom,' Alan and Kirsty were pulling out all the stops, could they track Akbar down in time?