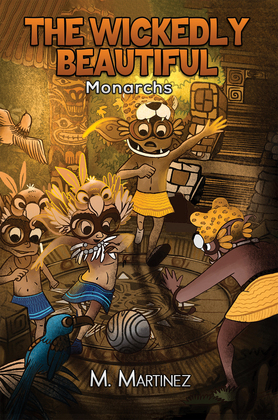 The Wickedly Beautiful: Monarchs is the first book of a series to come. In the story Monarchs, you will be introduced to the first goblin tribe called The Gwomples. The Gwomples live in a fictional world that can be very much real when you use your imagination. Remember the old world, live in the present and imagine the future. This series has many characters and the author hopes that every reader finds a bit of themselves in their story and wishes to possess one of their characteristics. As the series progresses, there’s an opportunity for everyone. The Gwomples possess a gift from the gods that grant them shape-shifting transformation. The tribe members’ tradition is to choose the animal with the strength a Gwomple would like to possess. Imagine being a warrior who shapeshifts into a tiger for its predator strength, a sports player who shifts into a bird of prey for its speed, and a goddess who grows wings to fly over the gardens she cares for.