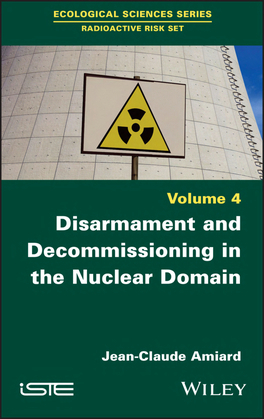 Disarmament and Decommissioning in the Nuclear Domain

Following the acquisition of the atomic bomb by five states, the United Nations began drafting several treaties to limit nuclear proliferation. These efforts failed, as four more states also acquired nuclear weapons. In a similar vein, an attempt to limit atomic weapons - primarily within the two superpowers - was initiated.

While the number of weapons has decreased, the new bombs now being manufactured are more powerful and more precise, negating any reduction in numbers. In the field of civil nuclear use, all nuclear facilities (reactors, factories, etc.) have a limited lifespan. Once a plant is permanently shut down, these facilities must be decommissioned and dismantled.

These operations are difficult, time-consuming and costly. In addition, decommissioning generates large volumes of radioactive waste of various categories, including long-lived and high-activity waste. Risks to the environment and to health are not negligible during decommissioning. The International Atomic Energy Agency (IAEA) and the Nuclear Energy Agency (NEA) of the Organisation for Economic Co-operation and Development (OECD) have produced numerous publications with recommendations. Each state has its own decommissioning strategy (immediate or delayed) and final plan for the site - whether it be returning it to greenfield status or obtaining a nuclear site license with centuries-long monitoring.