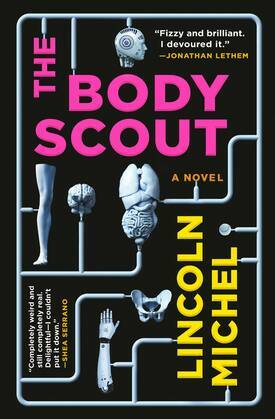 A genre-bending thriller set in a future where you can have any body you want—if you can afford it.

In a New York wallowing in income inequality and yellow smog, Kobo has problems. He’s an out-of-date cyborg with healthcare loan sharks banging down his door. He barely scrapes by scouting gene-edited talent for a Big Pharma-run baseball league—but with a new prospect on his radar, things might be finally looking up.

Determined to find the killer, Kobo plunges into a world of genetically modified CEOs, philosophical Neanderthals, and back-alley body modifications, only to find he's in a far bigger and more corrupt game than he could have imagined. To come out in one piece, he'll have to crack a case where both body and soul belong to the highest bidder—or his own life won’t be the only one at stake.
Publication date
September 21, 2021
Publisher
Orbit
ISBN
9780316628693
Paper ISBN
9780316628723
File size
1 MB