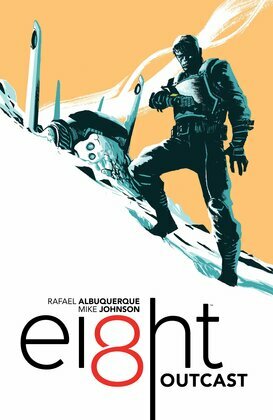 by Rafael Albuquerque (Author), Mike Johnson (Author)
Excerpt
Fiction Comics & graphic novels Science fiction
warning_amber
One or more licenses for this book have been acquired by your organisation details
EPUB
Unlimited loans, One at a time
Details

Welcome to the Meld, an inhospitable dimension in time where Joshua, a chrononaut, finds himself trapped. With no memory or feedback from the team of scientists that sent him, he can't count on anything but his heart and a stranger's voice to guide him to his destiny.

"Rafa's art in this series looks unlike anything else on the stands, and he's bringing a level of visual invention to the story that is stunning. We really want to give readers a setting and characters they've never seen before, and we hope this is just the start of the stories that can be told in this world." - Co-writer Mike Johnson on Ei8ht