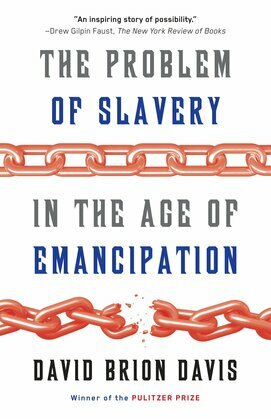 The Problem of Slavery in the Age of Emancipation

by David Brion Davis (Author)
Excerpt
Nonfiction History History by country United States Social science Sociology Other Social history
warning_amber
One or more licenses for this book have been acquired by your organisation details
EPUB
Unlimited loans, 2 years, One at a time
Details

Shortlisted for the 2014 Cundill Prize in Historical Literature

From the revered historian, the long-awaited conclusion of the magisterial history of slavery and emancipation in Western culture that has been nearly fifty years in the making.

David Brion Davis is one of the foremost historians of the twentieth century, winner of the Pulitzer Prize, the National Book Award, the Bancroft Prize, and nearly every award given by the historical profession. Now, with The Problem of Slavery in the Age of Emancipation, Davis brings his staggeringly ambitious, prizewinning trilogy on slavery in Western culture to a close. Once again, Davis offers original and penetrating insights into what slavery and emancipation meant to Americans. He explores how the Haitian Revolution respectively terrified and inspired white and black Americans, hovering over the antislavery debates like a bloodstained ghost, and he offers a surprising analysis of the complex and misunderstood significance of colonization—the project to move freed slaves back to Africa—to members of both races and all political persuasions. He vividly portrays the dehumanizing impact of slavery, as well as the generally unrecognized importance of freed slaves to abolition. Most of all, Davis presents the age of emancipation as a model for reform and as probably the greatest landmark of willed moral progress in human history.

This is a monumental and harrowing undertaking following the century of struggle, rebellion, and warfare that led to the eradication of slavery in the new world.  An in-depth investigation, a rigorous colloquy of ideas, ranging from Frederick Douglass to Barack Obama, from British industrial “wage slavery” to the Chicago World’s Fair, The Problem of Slavery in the Age of Emancipation is a brilliant conclusion to one of the great works of American history. Above all, Davis captures how America wrestled with demons of its own making, and moved forward.