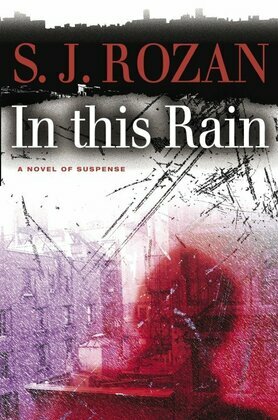 A Novel
by S.J. Rozan (Author)
Excerpt
Fiction Mystery & detective Traditional British Suspense
warning_amber
One or more licenses for this book have been acquired by your organisation details
EPUB
Unlimited loans, 2 years, One at a time
Details

Three years ago, a child’s death blew open a vortex of corruption inside Manhattan’s lucrative construction industry. And it sent one innocent man to jail. Joe Cole is a former city investigator who now lives a broken life, cut off from his wife and daughter, and from the city he once knew so well. But for Joe, everything changes when a woman’s murder and a teenager’s rooftop freefall rip open old wounds—and reveal a shocking layer of rage and deception.

It is Joe’s former partner, beautiful, hard-charging investigator Ann Montgomery, who first sees the lies, forcing Joe out of his self-imposed isolation to help her unravel the cover-ups and secret relationships that allow the powerful to hide their crimes. Soon, the two are entering the darkest corners of their city, delving into the hidden desires of a borough president who wants to be mayor, the motivations of a charismatic community activist, and the machinations of a mayor whose ambitions know no bounds. As the secrets of each player are exposed, as the primal forces of greed, sex, and power come to the surface, Ann and Joe know they must press their search all the way to the end—because the most powerful revelations are yet to come.

From a brilliantly choreographed press conference to a scandalous love affair gone terribly wrong, In This Rain takes us into the heart of a sprawling, brawling city—in a masterpiece of suspense that proves once again the unique and daring genius of S. J. Rozan.