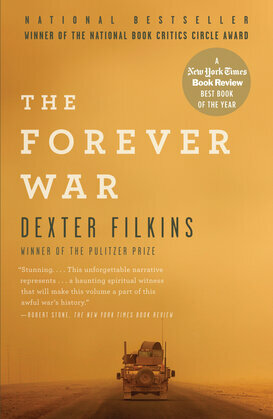 Through the eyes of Dexter Filkins, a foreign correspondent for the New York Times, we witness the rise of the Taliban in the 1990s, the aftermath of the attack on New York on September 11th, and the American wars in Afghanistan and Iraq. Filkins is the only American journalist to have reported on all these events, and his experiences are conveyed in a riveting narrative filled with unforgettable characters and astonishing scenes.

Brilliant and fearless, The Forever War is not just about America's wars after 9/11, but about the nature of war itself.