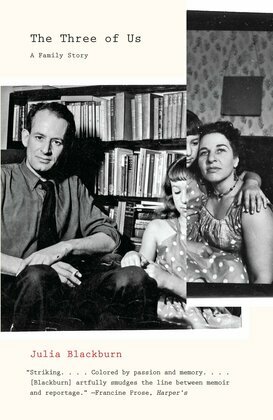 The Three of Us

This is the moving story of three people: acclaimed writer Julia Blackburn; her father, Thomas—a poet and alcoholic with an addiction to barbiturates; and her mother, Rosalie—a flirtatious painter with no boundaries.

After Julia's parents divorced, her mother took in male lodgers with the hope they would become her lovers. When one of the lodgers began an affair with Julia, competitive Rosalie was devastated; he later committed suicide, shattering whatever relationship between mother and daughter remained. After thirty years, Rosalie, diagnosed with leukemia, came to live with Julia for the last month of her life. Only then were they allowed, at long last, to exist with an ease they had never known.