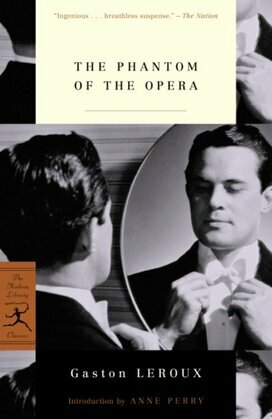 In 1910, the mystery novelist Gaston Leroux, working from scraps of history, theatrical lore, and his own fertile imagination, created a masterpiece in Le fantôme de l’opéra, the story of a disfigured composer who lives in the labyrinthine depths of the Paris Opera. After the breathtaking debut of Christine Daaé, the whispers of an Opera ghost seem to become reality as the young singer vanishes. As the Phantom strikes again and again, targeting foes from a jealous diva to a romantic rival, Leroux spins a thriller of obsession and violence with, at its center, a tormented murderer who awakens our deepest fears and sympathies. The inspiration for Andrew Lloyd Webber’s long-running musical, Leroux’s novel is still more riveting than anything Broadway could produce.