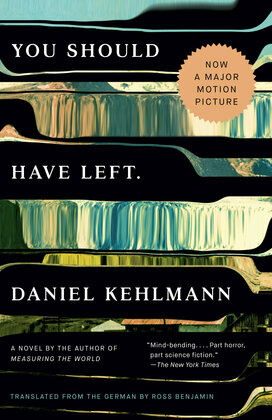 You Should Have Left: A Novel

From the internationally bestselling author of Measuring the World and F, an eerie and supernatural tale of a writer's emotional collapse

A screenwriter, his wife, and their four-year old daughter rent a house in the mountains of Germany, but something isn’t right. As he toils on a sequel to his most successful movie, the screenwriter notices that rooms aren’t where he remembers them—and finds in his notebook words that are not his own.