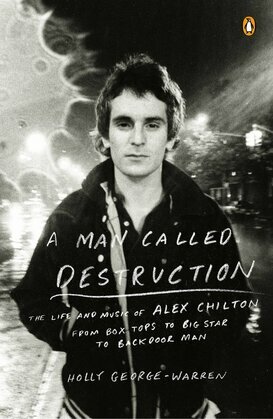 A Man Called Destruction: The Life and Music of Alex Chilton, From Box Tops to Big Star to Backdoor Man

A brilliant and influential songwriter, vocalist, and guitarist, the charismatic Alex Chilton was more than a rock star—he was a true cult icon. Awardwinning music writer Holly George-Warren’s A Man Called Destruction is the first biography of this enigmatic artist, who died in 2010. Covering Chilton’s life from his early work with the charttopping Box Tops and the seminal power-pop band Big Star to his experiments with punk and roots music and his sprawling solo career, A Man Called Destruction is the story of a musical icon and a richly detailed chronicle of pop music’s evolution, from the mid-1960s through today’s indie rock.