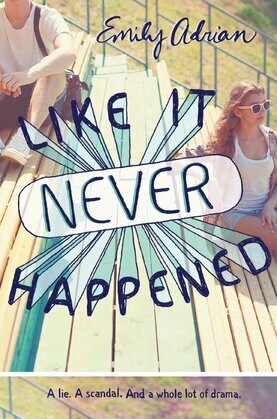 by Emily Adrian (Author)
Excerpt
warning_amber
One or more licenses for this book have been acquired by your organisation details
EPUB
Unlimited loans, 2 years, One at a time
Details

Stereotypes, sexuality, and destructive rumors collide in this smart YA novel for fans of Sara Zarr’s Story of a Girl, Siobhan Vivian’s The List, and E. Lockhart’s The Disreputable History of Frankie Landau-Banks.

When Rebecca Rivers lands the lead in her school’s production of The Crucible, she gets to change roles in real life, too. She casts off her old reputation, grows close with her four rowdy cast-mates, and kisses the extremely handsome Charlie Lamb onstage. Even Mr. McFadden, the play’s critical director, can find no fault with Rebecca.

Though “The Essential Five” vow never to date each other, Rebecca can’t help her feelings for Charlie, leaving her both conflicted and lovestruck. But the on and off-stage drama of the cast is eclipsed by a life-altering accusation that threatens to destroy everything…even if some of it is just make believe.