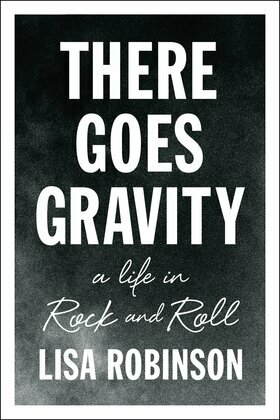 There Goes Gravity: A Life in Rock and Roll

From a legendary music journalist with four decades of unprecedented access, an insider's behind-the-scenes look at the major personalities of rock and roll.

Lisa Robinson has interviewed the biggest names in music--including Led Zeppelin, the Rolling Stones, John Lennon, Patti Smith, U2, Eminem, Lady Gaga, Jay Z and Kanye West. She visited the teenage Michael Jackson many times at his Encino home. She spent hours talking to John Lennon at his Dakota apartment--and in recording studios just weeks before his murder. She introduced David Bowie to Lou Reed at a private dinner in a Manhattan restaurant, helped the Clash and Elvis Costello get their record deals, was with the Rolling Stones on their jet during a frightening storm, and was mid-flight with Led Zeppelin when their tour manager pulled out a gun. A pioneering female journalist in an exclusive boys' club, Lisa Robinson is a preeminent authority on the personalities and influences that have shaped the music world; she has been recognized as rock jounralism's ultimate insider.

A keenly observed and lovingly recounted look back on years spent with countless musicians backstage, after hours and on the road, There Goes Gravity documents a lifetime of riveting stories, told together here for the first time.