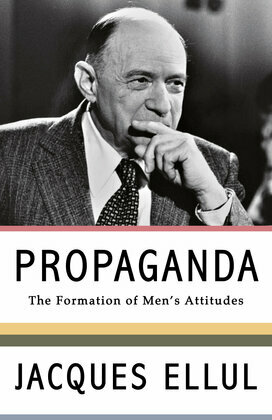 by Jacques Ellul (Author)
Excerpt
Nonfiction Social science Media studies
warning_amber
One or more licenses for this book have been acquired by your organisation details
EPUB
Unlimited loans, 2 years, One at a time
Details

This seminal study and critique of propaganda from one of the greatest French philosophers of the 20th century is as relevant today as when it was first published in 1962. Taking not only a psychological approach, but a sociological approach as well, Ellul’s book outlines the taxonomy for propaganda, and ultimately, it’s destructive nature towards democracy. Drawing from his own experiences fighting for the French resistance against the Vichy regime, Ellul offers a unique insight into the propaganda machine.