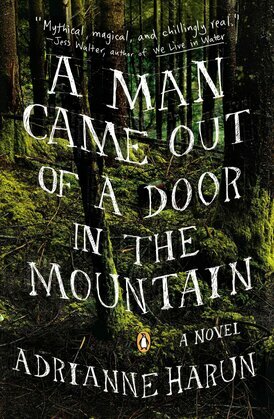 A Man Came Out of a Door in the Mountain

by Adrianne Harun (Author)
Excerpt
Fiction Literary Occult & supernatural English literature American and Canadian literature
warning_amber
One or more licenses for this book have been acquired by your organisation details
EPUB
Unlimited loans, 2 years, One at a time
Details

“Harun is heir apparent to Louise Erdrich and Harry Crews.... Readers will be swept away by this breathless, absorbing novel.” —Claire Vaye Watkins, The New York Times Book Review

In this mysterious and chilling novel, girls, mostly Native, are vanishing from the sides of a notorious highway in the isolated Pacific Northwest. Leo Kreutzer and his friends are barely touched by these disappearances—until a series of enigmatic strangers arrive in their remote mountain town, beguiling and bewitching them. It seems as if the devil himself has appeared among them.

The intoxicatingly lush debut novel by the acclaimed author of The King of Limbo, A Man Came Out of a Door in the Mountain is an unsettling portrait of life in a dead-end town, as seductive and beautifully written as the devil’s dark arts are wielded.

WINNER OF THE 2015 PINCKLEY PRIZE FOR DEBUT CRIME NOVEL