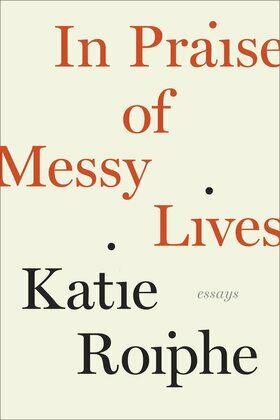 In Praise of Messy Lives: Essays

by Katie Roiphe (Author)
Excerpt
Nonfiction Literary collections American Essays Social science Feminism & feminist theory
warning_amber
One or more licenses for this book have been acquired by your organisation details
EPUB
Unlimited loans, 2 years, One at a time
Details

This powerful collection of essays ranges from pop culture to politics, from Hillary Clinton to Susan Sontag, from Facebook to Mad Men, from Joan Didion to David Foster Wallace to—most strikingly—the author’s own life. For fans of the essays of John Jeremiah Sullivan and Jonathan Lethem.

Katie Roiphe’s writing—whether in the form of personal essays, literary criticism, or cultural reporting—is bracing, wickedly entertaining, and deeply engaged with our mores and manners. In these pages, she turns her exacting gaze on the surprisingly narrow-minded conventions governing the way we live now. Is there a preoccupation with “healthiness” above all else? If so, does it lead insidiously to judging anyone who tries to live differently? Examining such subjects as the current fascination with Mad Men, the oppressiveness of Facebook (“the novel we are all writing”), and the quiet malice our society displays toward single mothers, Roiphe makes her case throughout these electric pages. She profiles a New York prep school grad turned dominatrix; isolates the exact, endlessly repeated ingredients of a magazine “celebrity profile”; and draws unexpected, timeless lessons from news-cycle hits such as Arnold Schwarzenegger’s “love child” revelations. On ample display in this book are Roiphe’s insightful, occasionally obsessive takes on an array of literary figures, including Jane Austen, John Updike, Susan Sontag, Joan Didion, and Margaret Wise Brown, the troubled author of Goodnight, Moon. And reprinted for the first time and expanded here is her much-debated New York Times Book Review cover piece, “The Naked and the Conflicted”—an unabashed argument on sex and the contemporary American male writer that is in itself an exciting and refreshing reminder that criticism matters. As steely-eyed in examining her own life as she is in skewering our cultural pitfalls, Roiphe gives us autobiographical pieces—on divorce, motherhood, an emotionally fraught trip to Vietnam, the breakup of a female friendship—that are by turns deeply moving, self-critical, razor-sharp, and unapologetic in their defense of “the messy life.”

In Praise of Messy Lives is powerfully unified, vital work from one of our most astute and provocative voices.