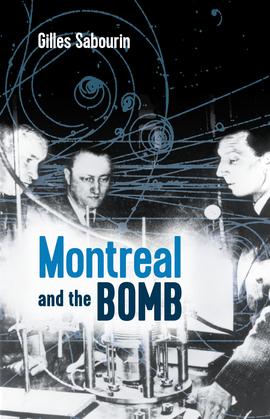 Montreal and the Bomb

WINNER OF THE HUBERT REEVES 2021 AWARD FOR SCIENCE COMMUNICATORS
It’s a story peopled by leading figures of modern nuclear physics, bold chemists, and scientists accused of spying. The one idea driving them is to master the atom, whatever the result may be.

With war raging in Europe, the Allies worried about advances being made by Germans scientists. The British wanted to get a jump ahead of Hitler and the physicists working for the Third Reich. England was too close to the enemy, so they decided to secretly establish a nuclear research laboratory in Montreal. The best scientists moved to Montreal with two goals in mind: develop an ultra-powerful bomb and find a new source of energy. What started as cooperation with the Americans instead became a race to harness the energy of the atom when Washington launched the Manhattan project.

Montreal and the Bomb breathes new life into the exhilarating saga of European scientists secretly developing a strategic nuclear laboratory in the halls of the Université de Montréal. It’s a story peopled by leading figures of modern physics, bold chemists, and scientists accused of spying. The one idea driving them is to master the atom, whatever the result may be.

Gilles Sabourin is a nuclear engineer specialized in the safety of nuclear power plants. Montreal and the Bombis the result of fifteen years of intensive research into the atomic energy adventure in Montreal during the Second World War. He lives in the Montreal area.

Katherine Hastings is a Quebec-based translator. She has translated two novels by Jean-Michel Fortier, The Unknown Huntsman (2016) and The Electric Baths (2020), and co-translated Tatouine, a novel by Jean-Christophe Réhel (2020).