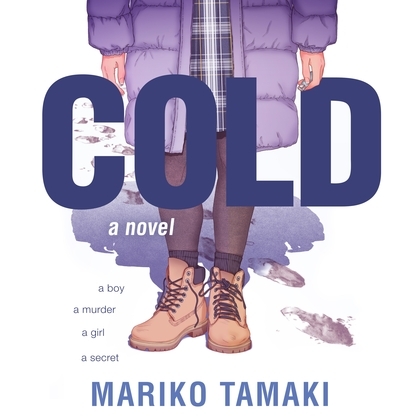 by Mariko Tamaki (Author), Katharine Chin (Narrateur), Raymond J. Lee (Narrateur)
Excerpt
warning_amber
One or more licenses for this book have been acquired by your organisation details
AUDIOBOOK
Unlimited loans, 2 years, One at a time
Details

A boy, a body, a girl, a secret. From award-winning author Mariko Tamaki, Cold is a haunting YA audiobook about a shocking murder in a quiet town and four students who knew too much and said too little.

This is the story of a boy who died—and a girl who wants to know why.

Todd Mayer is dead. Now he's some sort of ghost, hovering over his body, which has just been found in the town park, naked and frozen in the snow. As detectives investigate Todd's homicide, talking to the very people who are responsible for how he died, Todd replays the events that lead him to his end in the park.

In the vein of The Lovely Bones, this dual narrative is told through the voices of Todd in his afterlife and Georgia as she uncovers the truth behind his death, resulting in an immersive, emotional, and provocative listen.