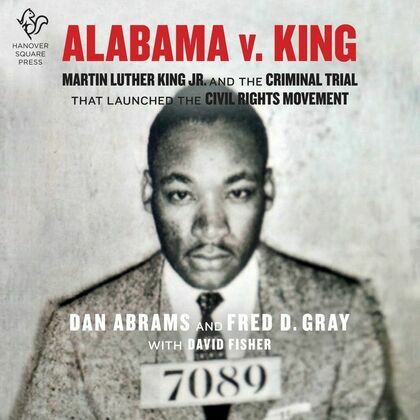 On December 1, 1955, Rosa Parks was arrested when she refused to give up her seat to a white man on a segregated bus in Montgomery, Alabama. After years of mistreatment on public buses, the African American community organized a bus boycott. Eighty-nine people were indicted for violating the city’s anti-boycott statute. But rather than putting each of them on trial, the prosecutors chose to make an example of just one: twenty-seven-year-old minister Dr. Martin Luther King Jr. This became the moment that transformed Dr. King into a national leader.

Fred D. Gray, then twenty-four years old and one of only two Black lawyers in Montgomery, had prepared with Rosa Parks for the bus moment and now became Dr. King’s first defense lawyer. The stakes were huge. This was not just a trial about a state statute; this was an attempt to launch a movement in the face of an often violent effort by a Southern city fighting to preserve segregation. And it would set Gray on a path that would lead him to making an impassioned argument to the Supreme Court against segregation in Montgomery’s public transit.

On the eve of the trial, Dr. King commented, “When the history books are written in the future generations, the historians will pause and say, ‘There lived a great people—a Black people—who injected new meaning and dignity into the veins of civilization.’”