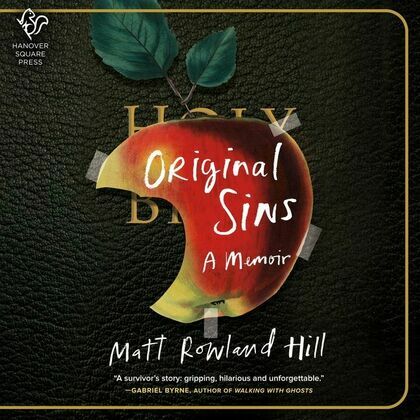 A Memoir
by Matt Rowland Hill (Author), Daniel Hawksford (Narrateur)
Nonfiction Biography & autobiography Personal memoirs Religious Health & fitness Health Addiction
warning_amber
One or more licenses for this book have been acquired by your organisation details
AUDIOBOOK
Unlimited loans, One at a time
Details

“A shattering portrait of addiction—generously open, desperately honest and confronting.” —Catherine Cho, author of Inferno: A Memoir of Motherhood and Madness

An electrifying debut memoir of a pastor’s son chronicling his loss of faith, his addiction to heroin and our universal quest to find something to believe in

Matt Rowland Hill had two great loves in his life: Jesus and heroin. The son of an evangelical minister, Hill grew up with an unwavering devotion to the tenets of his parents’ Baptist church. But by high school, he began to experience a crisis of faith. To fill the void, he turned to literature, and then to heroin and cocaine. By his twenties, Hill’s substance abuse escalated into a full-on addiction. As he grew increasingly suicidal, he knew he had to come to terms with both religion and drugs to survive.

Hill’s debut is an extraordinary, gorgeously crafted memoir of faith, family, loss, shame and addiction. But ultimately, Original Sins is a raw portrait of survival—of growing up and learning how to live.