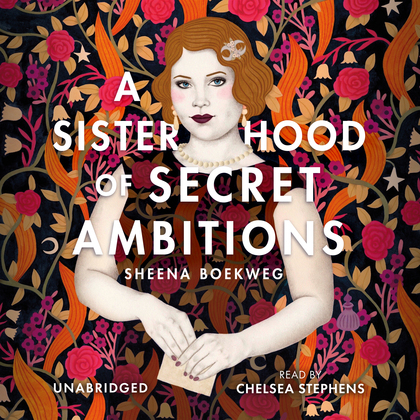 A Sisterhood of Secret Ambitions

Throughout history, Anonymous has been a woman.

Behind every powerful man is a trained woman, and behind every trained woman is the society. It started with tea parties and matchmaking but is now a countrywide secret. Gossips pass messages in recipes, spinsters train to fight, and women work together to grant safety to abused women and children. The society is more than oaths—it is sisterhood and purpose.

In 1927, seventeen-year-old Elsie is dropped off in a new city with three other teenage girls, who have each trained since childhood to become the wife of a powerful man. And when they learn that their next target is earmarked to become president, their mission becomes more than just an assignment; this is a chance at the most powerful position in the society. But as these ambitious girls compete for the heart of a boy who has been given everything, Elsie starts to wonder what would happen if the name on that future ballot was hers.