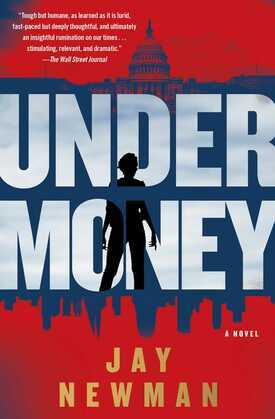 by Jay Newman (Author)
Excerpt
Fiction Thrillers English literature American and Canadian literature
warning_amber
One or more licenses for this book have been acquired by your organisation details
EPUB
Unlimited loans, 2 years, One at a time
Details

From a seasoned insider of global finance comes a “stimulating, relevant, and dramatic” (The Wall Street Journal) thriller about a group of American operatives who secretly take over the world’s largest dark money fund—“a gripping thriller that takes you into the world of New York hedge funds, Russian money launderers, and DC power politics [that] makes you feel like you’re actually there” (Bill Browder, author of Red Notice).

When a US airdrop of billions of dollars disap­pears in the desert sands of Syria, only a small group of military operatives knows its ultimate destination or why it has been stolen. Their goal is no less than the restoration of America’s geopolitical dominance on the global stage. Essential to this scheme are Greta Webb, a sophisticated CIA operative who is an expert on dark money, not to mention lethally skilled in hand-to-hand combat, and Elias Vicker, the damaged, dangerous soul who runs the world’s largest hedge fund.

To achieve its goals, the group must form dangerous alliances. One is with the hidden family that manages the largest private pool of capital that has ever existed. Another is with Fyodor Volk, the ruthless founder of Russia’s most successful private military company, a mercenary with ties to Vladimir Putin. Volk has his eye on Greta. She would be wise to avoid him but cannot.

Arcing from Manhattan’s finest apartments to Washington, DC, from Middle Eastern war zones to private European bank vaults, Jay Newman’s Undermoney follows the Americans as they are enmeshed in the world of dark money and confront ever-increasing danger. Ultimately, they must decide whether their objectives are worth the cost of sacrificing not just a few but potentially many human lives. “Unexpectedly timely” (The New Yorker), Undermoney is a “wildly entertaining peek behind the curtain of American politics, financial skullduggery, and high-stakes global conflict” (Nelson DeMille).