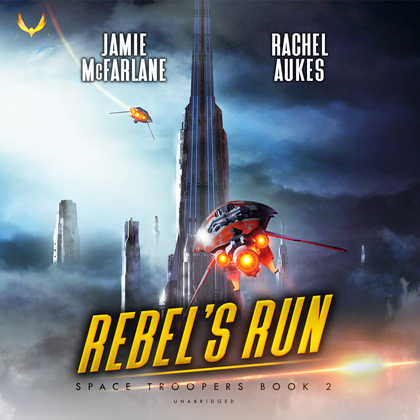 With countless bounties on their heads, Jai and Peyton Foster will risk everything just to survive …When corporations will stop at nothing to silence the young patriots, the orphaned siblings realize that being powerless is something they can’t afford. Separated by circumstance and with every civilized port closed to them, they’ll take full advantage of the skills taught to them by the very people who seek to hunt them down.Jai has no choice but to tap into a rebel network when he finds himself stranded and alone in the outer belt. It’ll take every bit of guile and training to stay alive while he searches for truth so dangerous that it could cause the extinction of humanity.Captured by pirates and thrown into a meat-grinder war between opposing factions, survival very well might cost Peyton more than her life. Unwilling to be a pawn in anyone’s war, she seeks to turn the tables on her captors … and she’ll risk everything to come out on top.Rebel’s Run, Book 2 in the exciting Space Troopers Military Sci-Fi series, is an action-packed adventure where survival is the name of the game. The real question is if they can accept the price of their own success.