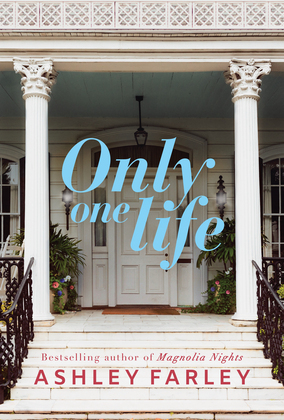 Only One Life: A Novel

A reunion between an estranged mother and daughter opens a world of secrets in a poignant novel by the bestselling author of Magnolia Nights.

Julia Martin grew up wealthy, but it wasn’t until she met her husband, Jack, that she knew true happiness. He made her feel worthy and loved. Their marriage was also an escape from her sister’s bullying, her father’s scrutiny, and her chilly and enigmatic mother. But when tragedy strikes on the night she gives birth, Julia’s happiness is shattered. She has no choice but to return home to her family’s South Carolina mansion, where the grief and guilt buried in her mother’s past await her.

As a young woman trapped in a bitter marriage, Julia’s mother, Iris, once needed her own means of escape. In Lily, she found a best friend. In the flower shop they opened, she discovered independence. Then came a transgression—unforgivable, unforgettable, and unresolved—that changed Iris’s life forever.

Now, in Iris’s most desperate hour, her only hope is to regain the trust of the daughter she loves—and to share the secrets of the heart that could rebuild a family’s broken bonds.