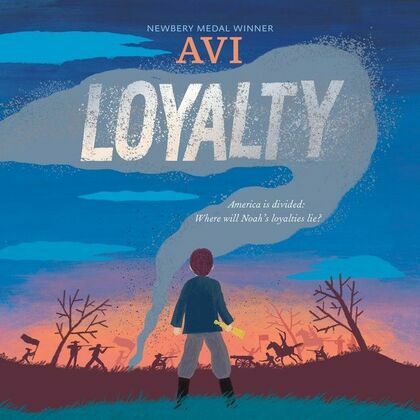 Newbery Medalist Avi explores the American Revolution from a fresh perspective in the story of a young Loyalist turned British spy navigating patriotism and personal responsibility during the lead-up to the War of Independence.

When his father is killed by rebel vigilantes, Noah flees with his family to Boston. Intent on avenging his father, Noah becomes a spy for the British and firsthand witness to the power of partisan rumor to distort facts, the hypocrisy of men who demand freedom while enslaving others, and the human connections that bind people together regardless of stated allegiances. Awash in contradictory information and participating in key events leading to the American Revolution, Noah must forge his own understanding of right and wrong and determine for himself where his loyalty truly lies.