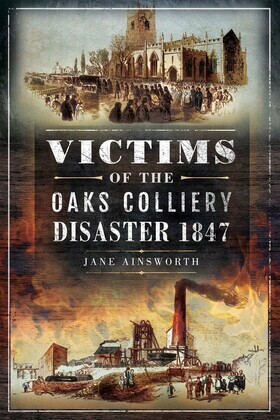 Victims of the Oaks Colliery Disaster 1847

by Jane Ainsworth (Author)
Excerpt
Nonfiction Social science Disasters & disaster relief
warning_amber
One or more licenses for this book have been acquired by your organisation details
EPUB
Unlimited loans, One at a time
Details
EPUB
40 loans, 10 Concurrent loans
Details

This new book has developed as a result of the author Jane Ainsworth's deep interest in her coal mining ancestors - both paternal great grandparents, Charles Ernest Hardy and Edwin Hall Bailey, worked in collieries in the Barnsley area as did their descendants. At the end of 2017, Jane transcribed a ledger containing the minutes of the Colliers’ Relief Fund Committee for the 1847 Oaks Colliery Explosion for Barnsley Archives. This stimulated her empathy and curiosity about the lives of the people referred to in the minutes - widows, orphans, and a few survivors of the disaster – as well as the 73 victims. She was determined to research all of the individuals in as much detail as possible, despite the challenge of limited early records, to flesh out their stories and to pay tribute to the families of mineworkers whose lives at that time were considered of little value to the colliery owners and managers. Once again, Jane has created "a memorial book like no other" as a contribution to Barnsley’s mining heritage.