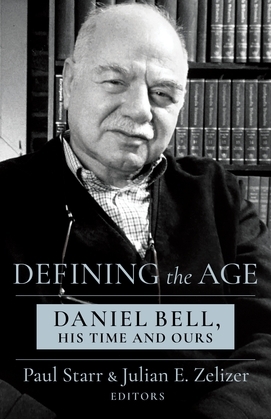 Daniel Bell, His Time and Ours
by Paul Starr (Author), Julian E. Zelizer (Author)
Excerpt
Nonfiction Social science Sociology
warning_amber
One or more licenses for this book have been acquired by your organisation details
EPUB
Unlimited loans, One at a time
Details

The sociologist Daniel Bell was an uncommonly acute observer of the structural forces transforming the United States and other advanced societies in the twentieth century. The titles of Bell’s major books—The End of Ideology (1960), The Coming of Post-Industrial Society (1973), and The Cultural Contradictions of Capitalism (1976)—became hotly debated frameworks for understanding the era when they were published.

In Defining the Age, Paul Starr and Julian E. Zelizer bring together a group of distinguished contributors to consider how well Bell’s ideas captured their historical moment and continue to provide profound insights into today’s world. Wide-ranging essays demonstrate how Bell’s writing has informed thinking about subjects such as the history of socialism, the roots of the radical right, the emerging postindustrial society, and the role of the university. The book also examines Bell’s intellectual trajectory and distinctive political stance. Calling himself “a socialist in economics, a liberal in politics, and a conservative in culture,” he resisted being pigeon-holed, especially as a neoconservative.

Defining the Age features essays from historians Jenny Andersson, David A. Bell, Michael Kazin, and Margaret O’Mara; sociologist Steven Brint; media scholar Fred Turner; and political theorists Jan-Werner Müller and Stefan Eich. While differing in their judgments, they agree on one premise: Bell’s ideas deserve the kind of nuanced and serious attention that they finally receive in this book.