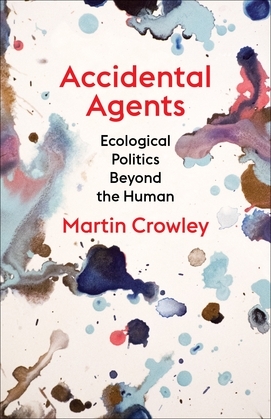 In the Anthropocene, the fact that human activity is enmeshed with the existence and actions of every kind of other being is inescapable. As a result, the planetary ecological crisis has brought forth an urgent need to rethink understandings of human action. One response holds that the transformations necessary to tackle today’s crises will emerge from the distinctive capacity of human beings to transcend their environment. Another school of thought calls for seeing action as composite, produced by distributed networks of human and nonhuman agents. Yet the first of these is open to charges of human exceptionalism, while the second, according to its critics, lacks effective political traction.

Martin Crowley argues that a new conception of political agency is necessary to break this impasse. Engaging with thinkers such as Bruno Latour, Bernard Stiegler, and Catherine Malabou, Crowley proposes an original account of agency as both distributed and decisive. Challenging the prevailing view of agency as exclusively human, he explores how a politics that incorporates nonhuman agency can intervene in the real world, examining timely issues such as climate-related migration and digital-algorithmic politics. A major intervention into ongoing debates in posthumanism, political ecology, and political theory, Accidental Agents reshapes our understanding of political agency in and for a more-than-human world.