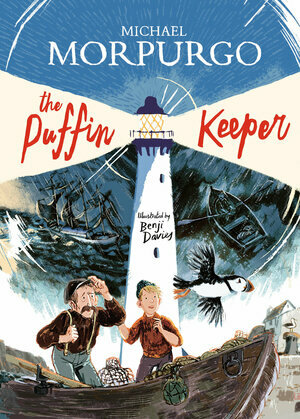 From bestselling author Michael Morpurgo comes a beautifully illustrated classic story about a lighthouse keeper, a daring rescue and puffins, for fans of War Horse and The One and Only Ivan.

As a child, Allen is saved from a nautical disaster by Benjamin Postlethwaite, a solitary lighthouse keeper. Years later, Allen returns to the lighthouse, and the two nurse an injured young puffin back to health. When Allen is called up to fight in World War Two, he's not sure he'll see his mother or Benjamin again, but his fond memories of his time at the lighthouse keep him going, even through prison camp.

Allen and Ben's enduring friendship over the years is the basis for this story about friendship, art, war and an incredibly adorable puffin. From masterful storyteller Michael Morpurgo and world-class illustrator Benji Davies comes this truly beautiful tale which will enchant readers of all ages.