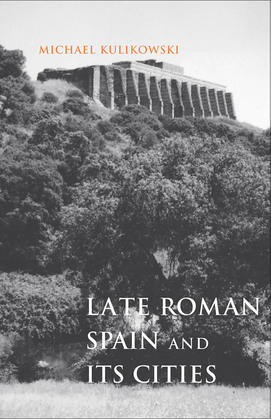 Late Roman Spain and Its Cities

by Michael Kulikowski (Author)
Excerpt
Nonfiction History Ancient Rome History by country Europe Spain  Social science Archaeology
warning_amber
One or more licenses for this book have been acquired by your organisation details
EPUB
Unlimited loans, One at a time
Details

This groundbreaking history of Spain in late antiquity sheds new light on the fall of the western Roman empire and the emergence of medieval Europe.

Historian Michael Kulikowski draws on the most recent archeological and literary evidence in this fresh an enlightening account of the Iberian Peninsula from A.D. 300 to 600. In so doing, he provides a definitive narrative that integrates late antique Spain into the broader history of the Roman empire.

Kulikowski begins with a concise introduction to the early history of Roman Spain, and then turns to the Diocletianic reforms of 293 and their long-term implications for Roman administration and the political ambitions of post-Roman contenders. He goes on to examine the settlement of barbarian peoples in Spain, the end of Roman rule, and the imposition of Gothic power in the fifth and sixth centuries. In parallel to this narrative account, Kulikowski offers a wide-ranging thematic history, focusing on political power, Christianity, and urbanism.

Kulikowski’s portrait of late Roman Spain offers some surprising conclusions, finding that the physical and social world of the Roman city continued well into the sixth century despite the decline of Roman power.