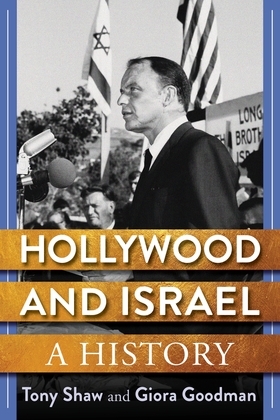 From Frank Sinatra’s early pro-Zionist rallying to Steven Spielberg’s present-day peacemaking, Hollywood has long enjoyed a “special relationship” with Israel. This book offers a groundbreaking account of this relationship, both on and off the screen. Tony Shaw and Giora Goodman investigate the many ways in which Hollywood’s moguls, directors, and actors have supported or challenged Israel for more than seven decades. They explore the complex story of Israel’s relationship with American Jewry and illuminate how media and soft power have shaped the Arab-Israeli conflict.

Bringing the story up to the moment, Shaw and Goodman contend that the Hollywood-Israel relationship might now be at a turning point. Shedding new light on the political power that images and celebrity can wield, Hollywood and Israel shows the world’s entertainment capital to be an important player in international affairs.