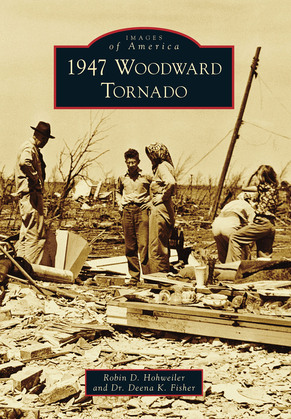 The 1947 Woodward Tornado remains the deadliest tornado in Oklahoma history, leaving more than 100 people dead and nearly 1,000 seriously injured. The tornado struck the city of Woodward under cover of darkness and without warning at 8:42 p.m. on April 9, 1947. The storm left in its wake hundreds of stories of tragic loss, devastation, and even mysteries that remain unsolved. These include the three unidentified girls--one as young as six months--whose bodies have remained unclaimed, as well as the mystery of what happened to Joan Gay Croft, a girl who disappeared from the local hospital on the night of the storm. Croft's disappearance was featured in an episode of the television show Unsolved Mysteries in the early 1990s. There is also the oft-overlooked story of those who took up residence (some for more than a year) in "Tornado Town" west of the city and found some glimmer of hope in an otherwise hopeless situation.