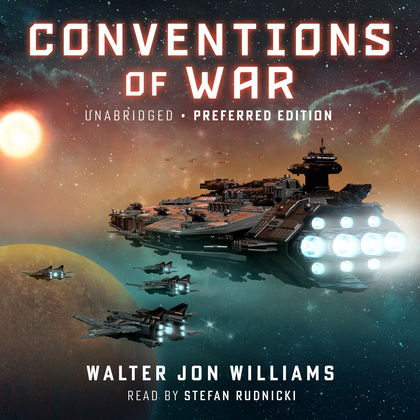 “Space opera the way it ought to be…Bujold and Weber, bend the knee; interstellar adventure has a new king, and his name is Walter Jon Williams.” —George R. R. Martin

At last, the climactic final episode of the Dread Empire’s Fall trilogy—what started with The Praxis and The Sundering comes to a brilliant conclusion in Walter Jon Williams’s epic space adventure.

Working on opposite sides of the galaxy—one in deep space, the other undercover on an occupied planet—and haunted by personal ghosts, Captain Gareth Martinez and Lieutenant Lady Caroline Sula fight to save the Empire from the vicious, alien Naxid. In a desperate, audacious bid to stop the Naxid fleet, Martinez makes a move that could win the war … and lose his career. Meanwhile, Sula’s guerilla tactics may not be enough to stop the Naxid—until she tries one deadly, final gambit.