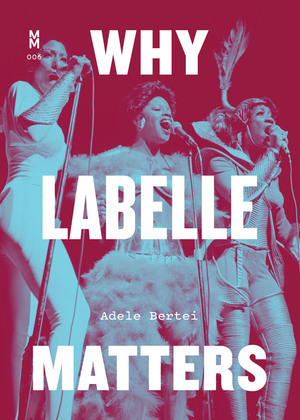 by Adele Bertei (Author)
Excerpt
Nonfiction Biography & autobiography Composers & musicians Arts Music History & criticism Soul, Rhythm & blues
warning_amber
One or more licenses for this book have been acquired by your organisation details
EPUB
Unlimited loans, One at a time
Details

“A smart, shrewd, joyful read, as piercing as any top C shriek from the woman who gave Labelle their name.” —Barney Hoskyns, author of Glam! Bowie, Bolan, and the Glitter Rock Revolution

Performing as the Bluebelles in the 1960s, Patti LaBelle, Nona Hendryx, and Sarah Dash wore bouffant wigs and chiffon dresses, and they harmonized vocals like many other girl groups of the era. After a decade on the Chitlin Circuit, however, they were ready to write their own material, change their name, and deliver—as Labelle—an electrifyingly celestial sound and styling that reached a crescendo with a legendary performance at the Metropolitan Opera House to celebrate the release of Nightbirds and its most well-known track, “Lady Marmalade.” In Why Labelle Matters, Adele Bertei tells the story of the group that sang the opening aria of Afrofuturism and proclaimed a new theology of musical liberation for women, people of color, and LGBTQ people across the globe.

With sumptuous and galactic costumes, genre-bending lyrics, and stratospheric vocals, Labelle’s out-of-this-world performances changed the course of pop music and made them the first Black group to grace the cover of Rolling Stone. Why Labelle Matters, informed by interviews with members of the group as well as Bertei’s own experience as a groundbreaking musician, is the first cultural assessment of this transformative act.</