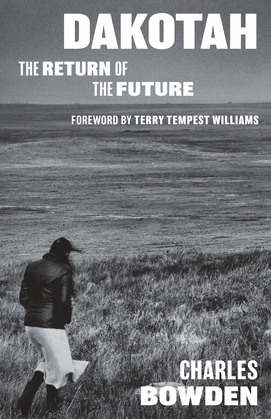 The Return of the Future
by Charles Bowden (Author)
Excerpt
Nonfiction History History by country United States Literary collections American
warning_amber
One or more licenses for this book have been acquired by your organisation details
EPUB
Unlimited loans, One at a time
Details

“On a bend, I will see it, a piece of ground off to the side. I will know the feel of this place: the leaves stir slowly on the trees, dry air smells like dust, birds dart and the trails are made by beasts living free.” When award-winning author Charles Bowden died in 2014, he left behind a trove of unpublished manuscripts. Dakotah marks the landmark publication of the first of these texts, and the fourth installment in his acclaimed “Unnatural History of America.” Bowden uses America’s Great Plains as a lens—sometimes sullied, sometimes shattered, but always sharp—for observing pivotal moments in the lives of anguished figures, including himself.In scenes that are by turns wrenching and poetic, Bowden describes the Sioux’s forced migrations and rebellions alongside his own ancestors’ migrations from Europe to Midwestern acres beset by unforgiving winters. He meditates on the lives of his resourceful mother and his philosophical father, who rambled between farm communities and city life. Interspersed with these images are clear-eyed, textbook-defying anecdotes about Lewis and Clark, Daniel Boone, and, with equal verve, twentieth-century entertainers “Pee Wee” Russell, Peggy Lee, and other musicians. The result is a kaleidoscopic journey that penetrates the senses and redefines the notion of heartland. Dakotah is a powerful ode to loss from one of our most fiercely independent writers.