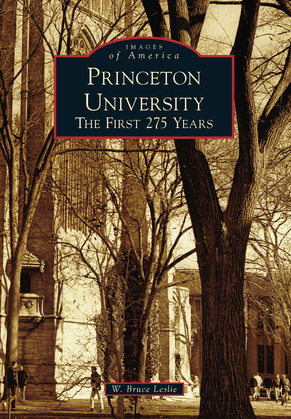 Princeton is only the fourth American college to celebrate a 275th anniversary.

Founded in 1746 as the College of New Jersey, it has long Presbyterian roots. The scene of notable events in the American Revolution, it was a classical college for another century. Then, at its 1896 sesquicentennial, it became Princeton University and in succeeding decades developed into a world-leading research university. Long an institution of males of European descent, its gender and ethnic makeup has changed dramatically in the last half-century. Today's Princeton combines a robust collegiate culture with a research profile near the top of international league tables--truly a rare combination.

Author W. Bruce Leslie is a New Jersey native and a 1966 alumnus of Princeton University. As the grandson of a Scottish immigrant, studying at an institution with deep Scottish roots was a natural path. The author fell in love with liberal education thanks to Princeton's wonderful faculty and fellow students. Inspired by them, he taught history for a half-century at the State University of New York at Brockport, seeking to bestow a similar affection for learning, especially about the past, on his students. Returning to his roots in retirement, he is rediscovering the richness of this cultural and intellectual community.