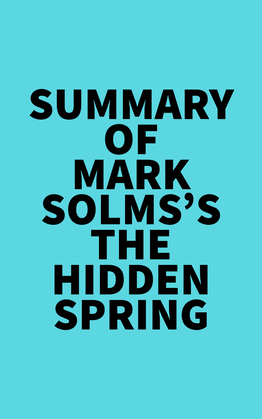 #1 I was born on the Skeleton Coast of the former German colony of Namibia, where my father administered a small South African-owned company called Consolidated Diamond Mines. The holding company, De Beers, had created a virtual country within a country, known as the Sperrgebiet.

#2 The nature of consciousness is the most difficult topic in science. It matters because you are your consciousness, but it is controversial because of two puzzles that have bedevilled thinkers for centuries. The first is the mind/body problem, which asks how the physical brain produces your phenomenal experience. The second is the problem of other minds, which asks how we can know if other people have minds.

#3 The experimental method is used to generate best guesses about what might plausibly explain the observed phenomena. Then predictions are made based on those hypotheses. If those predictions are confirmed, the hypothesis is considered to be provisionally true.

#4 The behaviorist approach was able to accommodate internal mental processes, but they did not consider them acceptable scientific data. The cognitive revolution was spurred on by the advent of computers, which allowed psychologists to treat the mind as though it were a computer.