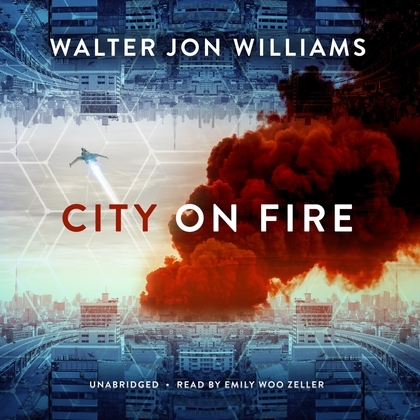 Nominated for both the Hugo and Nebula Award, City on Fire returns to the world-city of Metropolitan, a city dominated by plasm, the magical substance capable of both creation and destruction.

With her help, Aiah’s lover Constantine has established himself in the metropolis of Caraqui, a nation dominated by corrupt officials, gangsters, and the genetically altered known as the “twisted.” Here they hope to create a revolution in the cosmic order—but first they must fend off treachery, war, and the threat of Taikoen, the “hanged man,” a deadly creature that lives within plasm itself. Aiah must fight not only for her revolution and for her place in the world, but for Constantine’s very soul.