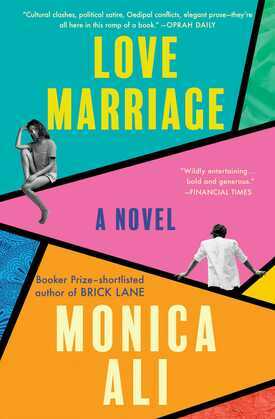 A Novel
by Monica Ali (Author)
Excerpt
Fiction Literary English literature British literature
warning_amber
One or more licenses for this book have been acquired by your organisation details
EPUB
Unlimited loans, 2 years, One at a time
Details

In present-day London, Yasmin Ghorami is twenty-six, in training to be a doctor (like her Indian-born father), and engaged to the charismatic, upper-class Joe Sangster, whose formidable mother, Harriet, is a famous feminist. The gulf between families is vast. So, too, is the gulf in sexual experience between Yasmin and Joe.

As the wedding day draws near, misunderstandings, infidelities, and long-held secrets upend both Yasmin’s relationship and that of her parents, a “love marriage,” according to the family lore that Yasmin has believed all her life.

A gloriously acute observer of class, sexual mores, and the mysteries of the human heart, Monica Ali has written a “riveting” (BookPage, starred review) social comedy and a moving, revelatory story of two cultures, two families, and two people trying to understand one another that’s “sure to please Ali’s fans and win some new ones” (Publishers Weekly).