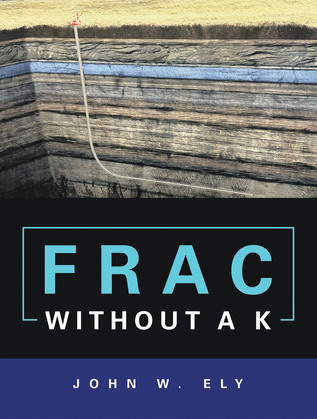 Frac Without a K

by John W. Ely (Author)
Excerpt
Nonfiction Science and technics Technology & engineering Civil engineering
warning_amber
One or more licenses for this book have been acquired by your organisation details
EPUB
Unlimited loans, One at a time
Details

The book titled FRAC without a K is actually the third edition of the initial book written in 1985. I got the inspiration for the initial book , titled Stimulation Treatment handbook, form working with a young Engineer who was in distress because of cheating on frac treatments. The original book was designed to instruct personnel on how to oversee fracs-basically understand what was going on and what to expect from the service company. There was, sadly, felonious activity going on in the oilfield and I took it upon myself to do what I could to stop this behavior. The activity was pretty well eliminated when the very large lawsuit occurred between Parker and Parsley and BJ Services occurred in the late 80’s. Without going into details the lawsuit was settled for 270 million dollars which was a huge sum in the late 80’s.
I have included the 1994 edition 2 to show the improvements and advances that have occurred in our industry in 27 years. I include the second edition to show where my mind might have changed but also to allow a younger generation to see where we came from. I placed a lot of emphasis on historical changes as well as discussing at length the waterfrac revolution. My very subjective comments on waterfracs, small sand and actual design of slick water treatments is indeed controversial but not to me.
I can state there is nothing equivalent to this book in our industry. You can find books with massive amount of equations or sales pitch phenomena but nothing anywhere as readable as FRAC without a K. I have included hopefully for your enjoyment, war stories and pictures and descriptions of directional kill blowouts I have attended worldwide.