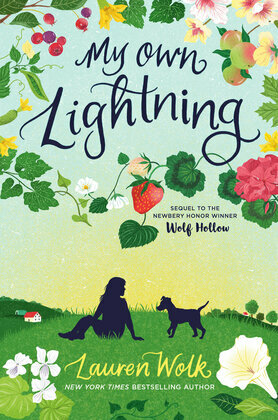 Bestselling author Lauren Wolk returns to the world of Wolf Hollow, in this sequel to her beloved, Newbery Honor–winning debut.

★ “A powerful story to electrify the soul.” –Booklist, starred review

It’s been several months since the tragic events set in motion by bully Betty Glengarry, and the routine of daily life in Wolf Hollow has slowly returned. But for Annabelle McBride it’s hard to move forward and make peace with what feels like threadbare justice.

Newly warm summer days are about to bring a jolt of change on the winds of a powerful storm. In its wake, the search for her brother’s missing dog will set Annabelle on a new path that brings her to unfamiliar doorsteps and reunites her with a too-familiar adversary—Andy Woodberry, who was complicit in Betty’s most terrible acts. Growing up and blazing her own trail will soon force Annabelle to reexamine deeply felt truths—about people, about justice, about herself—that had once seemed so uncomplicated.

Bestselling author Lauren Wolk (Beyond the Bright Sea, Echo Mountain) returns to World War II–era Western Pennsylvania in this luminous sequel to her Newbery Honor–winning debut, Wolf Hollow, proving once again why her acclaimed novels have been celebrated as “historical fiction at its finest.”