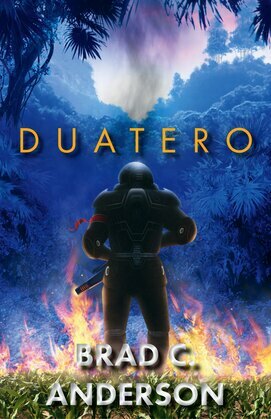 by Brad C. Anderson (Author)
Excerpt
Fiction Science fiction Adventure Military
warning_amber
One or more licenses for this book have been acquired by your organisation details
EPUB
Unlimited loans, One at a time
Details

A searing far-future science fiction adventure about a lost human colony struggling to survive on an alien planet--no matter what the cost.

Majstro Falchilo Kredo has devoted his life to protecting the abandoned earth colony of Duatero from Malamiko, the indigenous ecosystem that makes their crops fail and whose contamination turns humans into mindless monsters.

But Malimiko is changing, becoming more dangerous, more aware, even as the ancient technology they use to combat it fails piece by precious piece. Kredo and his fellow soldiers must risk everything or see all they hold precious wiped away and forgotten.

Kredo is prepared to sacrifice himself-and anyone around him-to do his duty. But what if the price demanded is even higher?