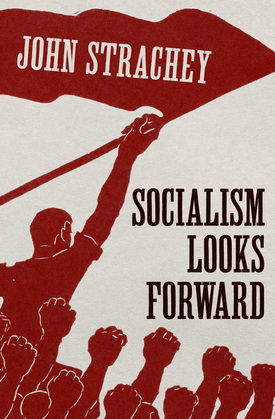 by John Strachey (Author)
Excerpt
Nonfiction Social science Political science Political ideologies Communism & socialism History & theory
warning_amber
One or more licenses for this book have been acquired by your organisation details
EPUB
Unlimited loans, One at a time
Details

The author and politician analyzes the troubled state of Britain’s post–World War II political and economic systems, and proposes a solution.

When World War II ended for Great Britain in 1945, MP John Strachey wondered what he and his country were going to do with the freedom they had fought for and won. The men who ran the country before the war had taken England so far down the road to disaster that it seemed almost impossible to save. To prevent history from repeating itself, changes needed to be made.

In Socialism Looks Forward, Strachey shares his plan to lead Great Britain into a prosperous future in which its people are free from want. Examining both political and economic factors, he breaks down why the system in Britain was in such disrepair prior to World War II, with some of its citizens being even better off during the war. He then outlines his proposed solution—Socialism—explaining what it would be like and how Britain could make it happen.